The name of this room refers back to the “Aachen Peace” of 1748. The negotiations to end the Austrian War of Succession were originally meant to take place here, but because of hierarchical disputes the room was never used for this purpose. Four portraits of the participating envoys can be seen in the splendour of their original frames. In the barrel vaults of the end walls hang two masterpieces from the late Baroque era, painted by Marcantonio Franceschini around 1700: “Pan offering wool to Diana” (west wall) and “Alpheus and Arethusa“ (east wall). The wood panelling is by Jacques de Reux and dates from 1730. In the middle of the room there is a multi-touch table at which you can learn more about the “Aachen Peace”. 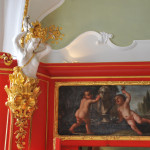 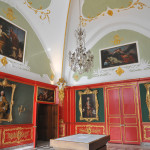 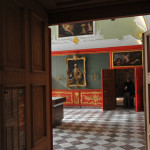 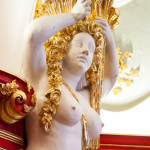 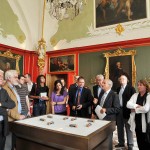 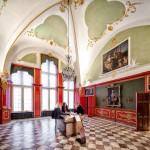